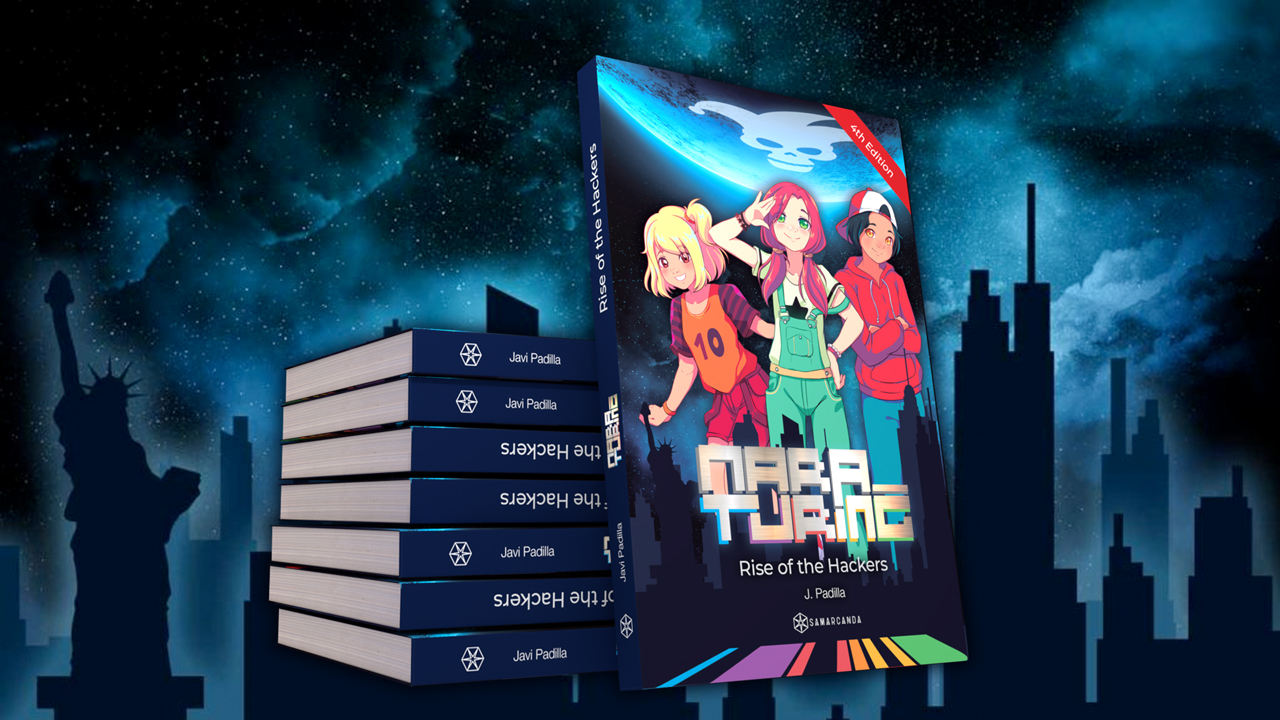 On why I’ll start posting in English instead of Spanish

First and most of all, English is not my mother tongue, so don’t expect a great tribute to Shakespeare in every single article I’ll write in this blog. I’ll do my best, of course.

This ain’t the first time I’ve switched from Spanish to English.

My first experience switching languages happened around 1992. Back then, a group of people from United Kingdom came to Seville to visit the Universal Exposition (Expo ’92). I saw that visit as a great opportunity. Three days in a row improving my English and lots of fun in the journey.

First lesson learned: go ahead and fail. Don’t try to build a perfect sentence for every case.

A few years happened until my second immersion. But in the meantime, listening to music in English was very important to stop looking like Star Wars’ C3PO. Also, reading every English book that passed in front of my eyes was useful too.

Learning to code in BASIC, HTML, PHP or CSS helped a lot. The best books and articles focused on those computer languages are commonly written in English. Spanish versions were poorly translated and that resulted in an unexpected combo for me: learning javascript implied improving my English. And that turned into an endless loop since 1995.

The second lesson: Always look for a combo. Find something useful for your life and look for the English version of it.

In 2013, Moodyo —a startup co-founded by Alex Guerra, Amparo Baca and myself—, was struggling to grow and we were struggling to find partners and investors. The short-term solution for this was spending a lot of money (??) and travel to New York. So, basically, we rented a flat for 6 people in Hellskitchen and the team moved in. Yeah… that’s how I tried to save a company from sinking.

The truth is we almost succeed. Moodyo was an attractive potential partner or client for a few companies. And we lived in New York for 4 months. Dozens of meetings, meetups… and a real boost to my English. Lots of practice every day. I realized my brain was working then in full-English-mode. Good!

Third lesson (no more lessons, ok?): Go ahead and found a way to live a few months in a city filled with people coming from different places around the World. No one is going to insult you because of your poor pronunciation or your lack of speed to explain yourself.

Since 2013 I’ve tried to put myself in situations where talking in English was mandatory. Last year, for example, I made a presentation in Gijón in front of a panel of experts about Economics and Sports. It was a 45 minutes experience where I talked about ElDesmarque, a business I co-founded in 2006 with my friends Fede Quintero, Álvaro Ramírez, Jorge Liaño and Antonio Lappí.

And, finally, Mara Turing appeared in my life.

Mara Turing is a book series about a girl (and her friends) who wants to become a hacker. She lost her father before she was born and his uncle vanished without leaving a trace while she was 5. There’s a bad bad bad guy named Falko McKinnon who is in jail after being found guilty of almost every single felony available for cybercriminals. When he was young he built an Artificial Intelligence named «Hermes». So, basically, Falko and Hermes are going after Mara Turing and their intentions are no good.

And here’s the news: Mara Turing. Rise of the Hackers (in Spanish «El Despertar de los Hackers») will be published on August, 2020. It’s already being translated by a professional book translator (Virginia Zuñiga), so don’t worry about the final product, it’s going to be awesome 🙂

Isn’t it wonderful? I’m pretty excited about this and this is the reason why I’m switching this blog from Spanish to English.

Well… I don’t know if this is going to be permanent, but definitely it’s something I want to keep on doing. Posting in English helps me reach a wider audience.

Also, this is a movement aimed to entice my Spanish readers to improve their English level. Speaking fluently in both languages is a must for them. It’s been a long time since «Inglés, nivel medio hablado y escrito» (Mid level English written and spoken) was enough for the citizens of this country.

Finally, I’d like to thank to all non-Spanish readers who make an effort to read my articles in English. Sometimes you may find an error (many times, in fact…), but I’ll do my best here. I promise you that 🙂